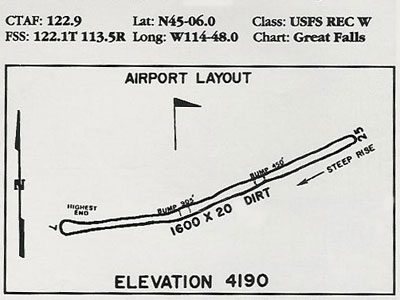 Another one of my favorites. A neat strip perched on the side of a mountain. 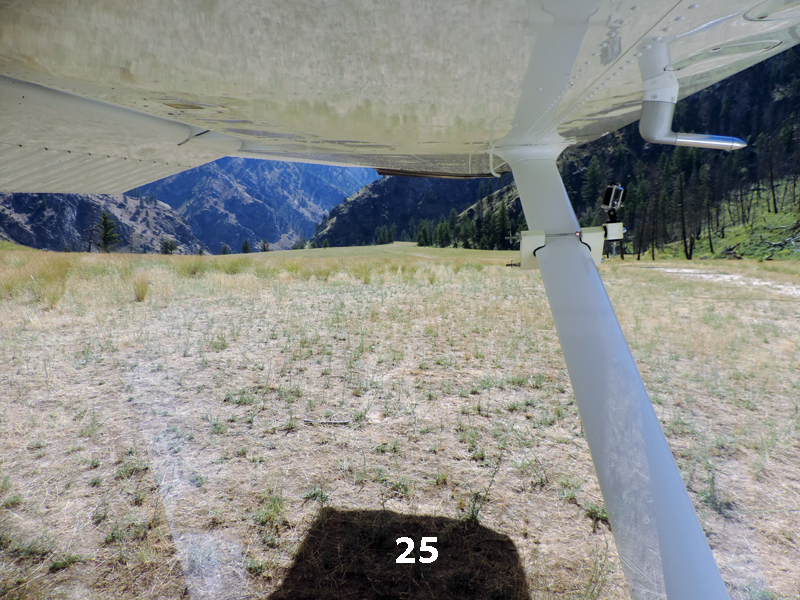 With an RHI of 32, based on Galen Hanselman's "Fly Idaho book, I figured that Soldier Bar would be one of the easier strips. This strip is somewhat deceiving as the length looks quite adequate but there are two bumps that one must watch for. The first is just in from the approach end of the strip and you want to be slow or stopped when reaching it. Hitting it too fast would certainly launch the airplane back into the air which would not be a good thing. The other big bump is down at the other end and it is a big one. If you are worrying about hitting it when landing, you shouldn’t be there. On take off you either need to taxi down the big bump and begin the take off roll from that point or go from the top and get off before hitting the bottom. The King Katmai was off just as the strip just started down the back side of the big bump. I estimate the take off distance to be no more than 250 feet.

The length of Soldier Bar looked shorter than I expected. I was aware of the bumps on the runway and thought it best to be down and stopped before the first one at the 450 foot point. Another bigger bump was 905 feet down the strip that also bears watching. The strip surprised me in that it was a little rougher than I expected. Nothing bad, I just thought it to be smoother than it actually was.