This is rated as the third most difficult strip in "Fly Idaho." It is a beautiful place that requires a winding approach but the "work load" was relatively low. Lower Loon is a nice and relatively smooth strip but it is not all that long. The approach must be flown down the canyon with a turning final approach and there is no go around. Like many of the backcountry strips I visited, if you cannot fly your airplane with total precision every time, you should stick with the less difficult backcountry strips. And there are a lot of those. Leave these tougher strips until the time you have the skill and focus to visit them safely. Watch for standing water on the strip at Lower Loon as they irrigate occasionally. I was told the water doesn’t stand for long but be careful. 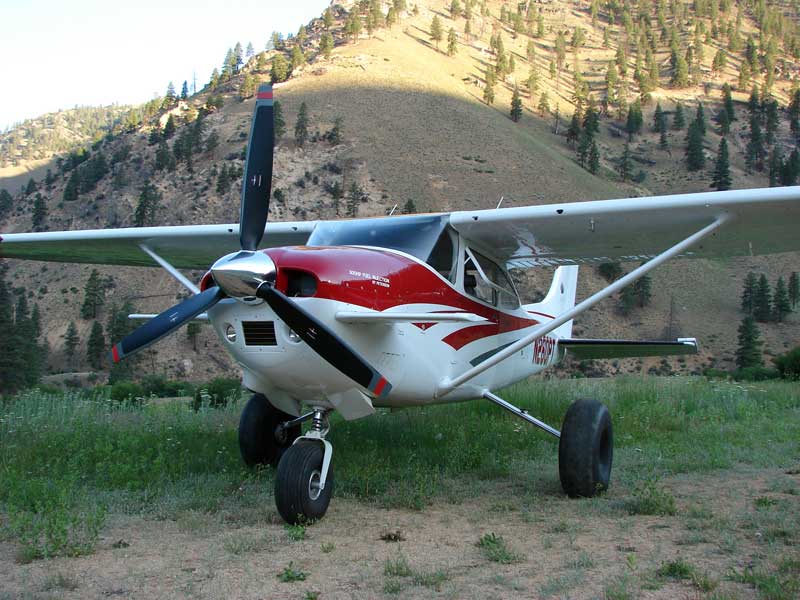 Lower Loon is kind of a magic place and I don’t really know why. Maybe it’s the beautiful country that surrounds the strip. Maybe it’s because I arrived just after sun up and the air was incredibly clean and crisp. Maybe it was the horses next to the runway. Maybe it was the ranch hands that came up to chat for while or the gentleman that asked me to come over for a cup of coffee. Then again maybe it was because of all those things combined. Whatever it was, it was really a great experience. I’m already looking forward to the return trip.